It’s called a “nunc pro tunc” order and means “now for then.” It’s a legitimate order, though it is ideally seldom used. In Wake County, however, there are questions about the frequency of this order and the way it’s being used—largely to shorten or eliminate driver’s license suspensions in DWI cases. 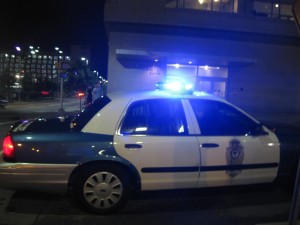 According to the News & Observer, the procedure was designed to fix “benign clerical errors”. However, they have been used in 273 Wake County DWI cases in the past five years.

The judgments are essentially used to backdate a ruling. In many of the cases, the nun pro tunc was entered in contrast to a prior judge’s ruling, something that is of questionable ethics and legality.

“This has been going on for years,” said the assistant secretary with the state Division of Motor Vehicles Debbie Jones, remarking that the use of these judgments is a “statewide” phenomena.

The News & Observer found, however, that two-thirds of the nunc pro tuncs over the past five years were in Wake County courts.

Basically, the judgment is being used as a loophole to provide relief and leniency to certain DWI defendants.

How does it work? When someone receives a DWI conviction in District Court, they can appeal to Superior Court. Their driver’s license suspension period (usually at least a year) won’t begin until their appeal is settled. However, many defendants drop their appeal before it is finalized and return to District Court for sentencing.

In many of the cases reported on by the News & Observer, the District Court judge would then use a nunc pro tunc to begin the license suspension on the original date of conviction or prior date in order to eliminate the suspension altogether (as the required time had passed) or speed a defendant’s access to their driver’s license.

The judge, Paul Gessner, imposed the same decision as the district court judge did in 2005. “Judgment will be entered nunc pro tunc to February 27, 2006,” Gessner ordered on Sept. 3, 2008. That wiped away about 18 months and allowed the defendant to keep his license.

This can all be quite confusing for someone who is charged with a DWI. And with the heat on Wake County Courts, it’s likely nunc pro tuncs won’t be quite so common there. However, there are other methods for potentially lessening the penalties associated with a DWI.

If you are charged with a DWI in the state of North Carolina, contact our offices today to discuss what your options are and how we might be able to help.