When it’s determined that the government made a mistake in imprisoning someone, you would think they would offer some consolation for the time that the victim spent behind bars. But, in most cases, you would be wrong. Generally, people who are actually guilty and serve their terms get more when released than those who were wrongfully incarcerated. A recent case out of North Carolina exhibits this well. 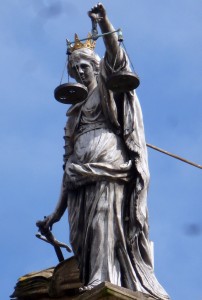 Judges in N.C. have so far ordered the federal government to release at least 17 people who they say are “legally innocent.” These people are having their convictions overturned because of a misinterpretation of the law.

A USA Today investigation revealed that 60 people were incarcerated for federal gun possession, even though a court had ruled their actions didn’t amount to a federal crime. Initially, the federal government argued those people should remain in prison regardless. Now, however, “in the interests of justice,” they have begun releasing them.

These former inmates are being sent home, if they have one, with nothing but a bus ticket in the best cases. They aren’t given any access to reentry assistance that is afforded former federal prisoners who finish their sentences.

It’s long been a sad truth that those who complete a sentence are given more support than those who are wrongfully convicted. When the government makes a mistake and sends someone who is either completely innocent or “legally innocent” to prison, they would rather sweep it under the rug and forget about it then waste any resources assisting the person they wronged in their re-integration into society.

Some of these inmates have been locked up for six years. They don’t have jobs waiting for them, and many don’t have a place to stay. They have no money and only the clothes on their backs. We can hope that their families will step up and assist them, but even the most supportive families can’t undo the damage of six years in a federal penitentiary.

While some clothing and assistance in employment would be nice, the former inmates shouldn’t hold their breath for any compensation either. Federal law allows for $50,000 for each year of a wrongful incarceration. But USA Today indicates these particular inmates aren’t likely to qualify under the strict standards.

If you are charged with a crime, contact our offices today. Whether it’s a drug possession case where you believe the search was unlawful or if you admit guilt in a trafficking case—we may be able to help.