What would have gotten you detention several years ago could get you jail time now. Things aren’t the same in North Carolina school rooms as technology has evolved at lightening speeds and the law is trying hard to keep up. While getting a teacher’s goat back in the day may have involved spreading a rumor, now it could involve creating a fake website—and that, under new NC law, could land you a criminal record. 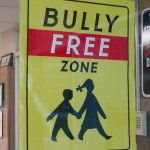 The new law, which took effect December 1, criminalizes cyberbullying of teachers, and it’s the first law of its kind in the country.

The ACLU says the law goes too far and could potentially incarcerate a child when a school suspension would do the trick just as well. But supporters of the law, including teachers, say it’s needed to keep kids from committing acts that cause serious trauma and stress for the effected teachers.

“The more access kids have to computers, we found that it was getting more pervasive,” said an Independence High teacher Judy Kidd. Kidd is credited with persuading Sen. Tommy Tucker to introduce the bill. Tucker said “these children are bright and conniving,” a pretty criminal characterization.

“Nobody else feels like it’s necessary to criminalize student speech online,” said Sarah Preston, policy director of the ACLU. The ACLU is calling on any students charged under the new law to contact them as they believe the law needs to be challenged.

Such a criminal conviction on their record could make it more difficult for kids to get into college or to even find a job.

So, what exactly does the law criminalize? Several things. Namely, if a student does any of the following “with the intent to intimidate or torment a school employee”:

The law is a bit of overkill considering what small of an action could result in major consequences for the student. Still, criminal laws are often written as a knee jerk reaction to a few isolated incidents. We can hope prosecutors will be conservative in using the recent addition.

If you are charged with a crime and facing jail time for something you consider a prank or not a “big deal”, we may be able to help. Contact our offices today to discuss your case and your legal options.