The North Carolina Medical Cannabis Act (HB 84) was introduced in the House of Representatives this week and is the first step in the Tarheel state to more lenient marijuana laws.

Representatives Kelly Alexander of Charlotte and Price Harrison of Greensboro co-sponsored the bill that would give the sick and injured access to medicinal marijuana. So far, 18 states have passed similar laws, though many have yet to put them into practice. 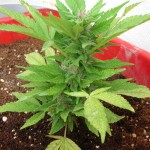 “Many seriously and chronically ill persons, including many disabled veterans, get relief from their suffering from marijuana,” said Rep. Alexander. “I can’t understand why we would not give seriously ill patients and our veterans anything and everything that gives them relief.”

Critics offer the same complaints, that medical marijuana will get into the wrong hands and that it will just become an excuse for people to get high.

Despite some opposition, a recent survey of the state found that about 60% of adults in North Carolina support legalizing medicinal marijuana.

“If a doctor agrees and is willing to recommend marijuana, I don’t think our law should get in the way,” Alexander said. “It should provide a framework for safe medical relief with suitable controls.”

The bill, as submitted, will no doubt have some hurdles to overcome. Already there are indications that certain language needs to be added, “so people can’t sell it on the streets and what not,” says one concerned citizen.

The regulation of medical marijuana could prove to be financially beneficial to the state, as they can collect fees on licensing and regulations. Also, a tax could be added.

Both those who support the measure and those against it are gearing up for a fight in Raleigh. Historically, lawmakers here have been very conservative, but with the majority of North Carolinians behind the bill it isn’t clear how things will play out.

So far, an online petition for the bill has over 15,000 signatures, and that number will likely grow.

Even if medical marijuana legislation is approved, it’s important to note that marijuana will still be illegal for everyone else. The green light for patients to obtain state-regulated medical marijuana will likely only cause local police and prosecutors to come down more heavily on small-time users. This is because they will want to make sure the medical pot isn’t making its way onto the “streets”.

Medical marijuana is the first step in marijuana legalization. Lawmakers are more apt to approve medicinal use than recreational use. So, we have to start somewhere.

If you are accused of a marijuana offense in the state of North Carolina, we may be able to help. Contact our offices today to discuss your charges.