Usually when lawmakers as a collective don’t like a bill, they allow it to fizzle out. When the bill comes to committee to be debated, they just pretend it isn’t there and handle every other issue they can think of. But, for North Carolina lawmakers tasked with debating the North Carolina Medical Marijuana Act, that wouldn’t send a strong-enough message. Instead, they simply killed it.

“We did it to be done with it, so people could move on for the session,” Rep. Paul “Skip” Stam told reporters. Apparently lawmakers were tired of “harassing” phone calls from their constituents. 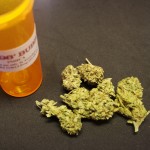 According to a recent survey, about 60% of North Carolina voters approved of medical marijuana legislation. Now, correct me if I’m wrong, but aren’t state lawmakers supposed to vote in agreement with the people who put them in office?

The House Rules, Calendar, and Operations Committee voted unanimously to stop the measure. What does this tell us—that they would vote so quickly to end the phone calls? That it’s working—marijuana advocates are getting under their skin.

The Committee provided fewer than 24 hours’ notice that the issue would be voted on, in an obvious effort to minimize attendance at the public meeting. Still, “dozens” showed up in support while only one person spoke in opposition to the bill.

The National Organization for the Reform of Marijuana Laws remarks that now would be the time to increase efforts to convince lawmakers they are wrong. The phone calls they call “harassing” are the ones that need to be made.

As marijuana reform happens across the country, North Carolina is lagging behind. Here, marijuana is still considered a serious drug for everyone—even those who use it to relieve pain or cope with disease.

Lawmakers of the state aren’t ready to bow to what their constituents want. Instead, they want to bury progress.

In the meantime, if you are caught with marijuana, you can expect to face criminal charges. Police in North Carolina, like lawmakers, aren’t convinced that pot is harmless and will not hesitate to arrest you for a marijuana offense.

If you are charged with possession or even possession with intent to distribute marijuana, we may be able to help. Contact our offices today to discuss your case and the legal options available to you.