Where state and federal laws intersect, things sometimes get confusing (just ask those states with medical marijuana problems). But if federal prosecutors determine they were wrong in how they charged a defendant and request that defendant to be released (a rare move), you would think the federal judges would approve. Not so in the cases of some North Carolina inmates, serving time for an incorrectly charged gun crime.

Gordon Lee Miller was in prison for being a felon and in possession of a firearm. It was a federal charge. The law says that if he could have faced more than one year for his past convictions, he was barred from having a gun and could be charged federally. In North Carolina, like elsewhere, your sentence depends on your criminal history. In other words, someone with a lengthy history could be sentenced to over one year for the same offense another clean-record person could get less than a year for. 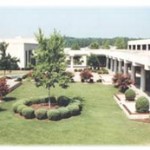 Miller’s former charges could have sentenced him to eight months of prison. Not enough time to qualify him as a felon for the purpose of the federal charge. His sentencing judge didn’t think so, however, deciding instead to sentence him according to what anyone could face for his past charges, not analyzing Miller’s specific history. Other judges did the same thing, sentencing dozens of men to lengthier sentences than they should have.

In 2011, the 4th Circuit Court of Appeals ruled these judges had been getting it wrong. As a result, many of these men who were incorrectly sentenced have been freed. A USA Today investigation identified 60 people that this sentencing “mistake” affected. Since the Appeals Court ruling, 34 have been freed and 16 others taken off supervised release. A Department of Justice review found even more, however. They identified 175 in all.

Justice Department prosecutors, the ones who charged Miller and others like him, requested he be freed. But, the judge on his case, U.S. District Court Judge Robert Conrad, has turned them down on Miller’s case and another as well. He says because the ruling wasn’t until 2011, it can’t affect cases sentenced before then, that the judges who sentenced Miller and other inmates were acting within the letter of the law at the time.

The Court of Appeals ruled that the judges had been wrong. That they had been applying the law incorrectly in nearly 200 cases—sending people to prison for decades when most shouldn’t have gone at all. The results of the court’s ruling would be different if they had determined the judges were applying the law correctly but the law itself was flawed. This wasn’t the case. The judges were wrong and now they need to correct their errors.

Justice is a complex thing, made more complex and confusing when different people interpret laws, rulings, and basic ethics differently. This is just one reason you need to have an advocate on your side when you are caught up in the system.