In North Carolina, we are not without historical representations of racial strife and triumph. As the ACLU blog points out, a remarkable four-day sit-in at a downtown Greensboro Woolworth’s counter helped shape the civil rights movement and eventually led to the passage of the Civil Rights Act. But it seems for every bit of progress, the darker past of the state’s racial dynamics still rear their ugly head. Take for instance, the Racial Justice Act.

In 2009, NC lawmakers took a stand against racial injustice. They passed the Racial Justice Act, making NC the first state to have such an organized system of rooting out racial discrimination in jury selection (a problem of the past and the present).

The law gave inmates and former inmates access to a sort of appeals process if they could prove their conviction was based in part on racial discrimination at trial, specifically in the makeup of the trial jury.

Since its passage, the Racial Justice Act has served to help four death row inmates, each of which had their sentence converted to life in prison. 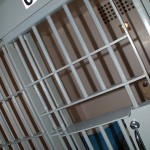 This act isn’t freeing murderers or applying some overly-liberal outlook to the courts, but simply seeking to right wrongs of the past. Despite this, lawmakers want to do away with it.

Only four years after its passage, the opinion in Raleigh has changed. Just last week the State Senate voted to repeal the Act. Now the state House of Representatives will have their say.

So why change now? The Act received positive attention across the nation. Several other states have passed or are considering similar legislation, all modeled after North Carolina’s Act.

The ACLU reports that the majority of opposition to the Act and its resulting justice is prosecutors. These are the people who put those four men on death row and as it turns out, their egos may be bruised a bit by the turn of events.

With four rulings in favor of defendants, there were four rulings against the discriminatory practices of prosecutors.

These rulings demanded action by North Carolina prosecutors: they required prosecutors to put aside their discriminatory practices and reform capital case litigation.

North Carolina prosecutors had a different kind of action in mind. Rather than confronting their discriminatory practices, they called their friends in the legislature and asked them to wipe out the law.

Now, the ball is rolling. Lawmakers are on the verge of undoing a just act, of once again painting the state as a bunch of backwards southerners. We can only hope those within the state House will see the Racial Justice Act as the progress that it truly is.

Bias and discrimination is certainly nothing new in the criminal justice system. And though it may seem less present now than in decades-past, it could be that it is just more subversive. Regardless of who you are, what race you are, or what neighborhood you live in, when you are accused of a crime, you have rights and deserve fair treatment. Contact our offices today to discuss your case and how we might be able to help.