The police department in Raleigh, NC has a new device in its arsenal for finding stolen cars, but raises significant privacy concerns with all the information it is collecting in the process.

According to the NewsObserver.com, the device known as an automated license plate recognition system, or ALPR, can scan and capture license plates of thousand of cars per hour, just by driving around, or being parked by the side of the road. 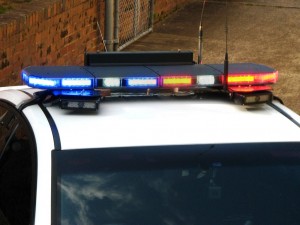 The system takes a picture of all the vehicles within range, and scans the license plates, matching them with optical character recognition to on-board databases of cars and/or drivers wanted for everything from stolen vehicles, amber alters, robbery suspects, and driver’s with suspended licenses or outstanding criminal warrants.

The privacy concerns are numerous. In the article, a representative from the ACLU of North Carolina states:

“This is an issue that the national ACLU is looking at because the technology is being used more and more by local police departments,” Meno said. “The thing that is most troublesome to us is that in most cases the police will retain the data, even if a person is not charged with a crime.”

It is not clear who can search for patterns of locations where your car may have been located months or years later, for any purpose. Though the policy of the Raleigh police department is that this data should be purged after 6 months, it is not clear if this data is being shared with other state or federal law enforcement agencies.

Some local departments are required to share this data with federal authorities if the technology is paid for with grants from the department of Homeland Security.
Related: Surveillance State